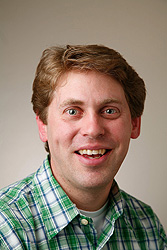 Christopher Sarno, M.D.
Dr. Sarno, an Iowa native, traveled west to California for college where he attended Stanford University and majored in Biology. He met his wife, Samara, in Florence, Italy where they were both Stanford students studying abroad. After college, Dr. Sarno returned to Iowa where he first earned his Master’s degree in Biology and then continued on to medical school at the University of Iowa. His post-doctoral training continued with a 5-year residency program in Otolaryngology -- Head and Neck Surgery at the University of Florida in Gainesville. He and his family decided to move back to his wife’s home state of Maine where he joined Dr. Rankin in 2008. Dr. Sarno loves spending time with his wife and 3 children outdoors, particularly playing and coaching soccer and kayaking.

​Dr. Sarno enjoys treating the wide variety of head and neck problems including ear infections, hearing loss, snoring and sleep apnea, voice disorders, thyroid and neck masses, nasal obstruction and sinus disease, and skin cancer removal and reconstruction. He also likes treating both pediatric and adult patients. He is a member of the American Board of Otolaryngology, the American Academy of Otolaryngology, the Maine and New Hampshire Societies of Otolaryngology. He is licensed in both Maine and New Hampshire and performs surgical cases in York, Portsmouth, and Stratham. He is also a member of Healthcare GIVES, a non-profit organization donating money to various health agencies throughout the Seacoast area.

​Drs. Sarno and Rankin have focused their practice on creating an environment where the patient comes first. They spend a lot of time discussing the plan with the patient, so they can really understand why recommendations are being made. 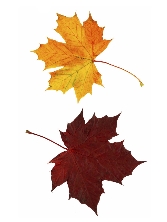